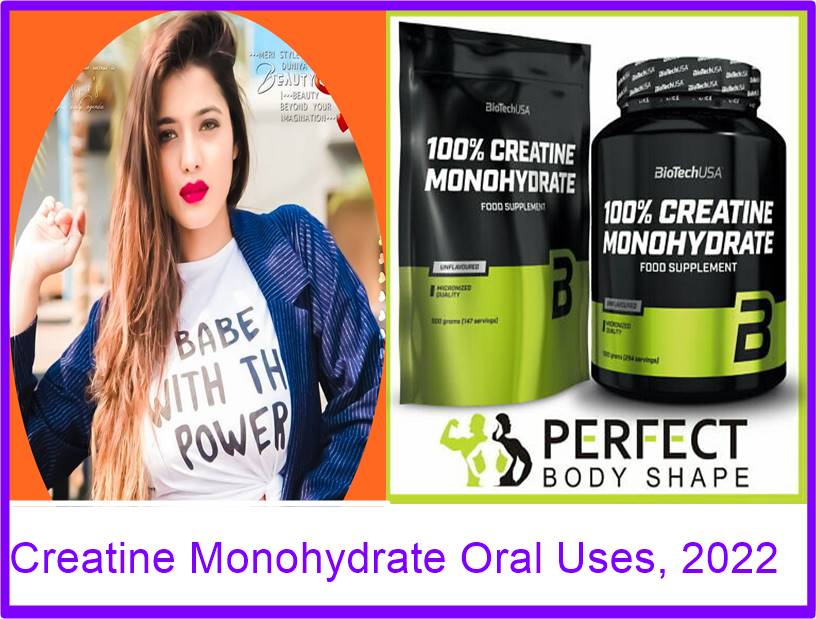 Creatine is a nitrogenous acid that occurs naturally in animal tissues. It is synthesized predominantly in the liver and kidneys, its production being somewhat lower in the pancreas and brain. A considerable amount of creatine is obtained from the diet at a rate of 1 g / d when an omnivorous diet is followed (Cooper, Naclerio, Allgrove, & Jimenez, 2012).

Current scientific evidence supports the ingestion of creatine in the form of creatine monohydrate to maximize physical performance and increase muscle mass gain in athletes. Its application within the recommended doses is considered safe and is currently used in children, young people, and the elderly (Kerksick et al., 2018).

Although compared to the concentrations found in skeletal muscle, only a small amount is found in the brain (~ 5%), its role is essential for the production of brain energy, improving mitochondrial efficiency, acting directly as an antioxidant and neuro-protector ( Dolan, Gualano, & Rawson, 2019). Most of the studies on these roles of creatine at the brain level have been carried out in vitro or in preclinical situations (Rae & Bröer, 2015).

As in skeletal muscle, the most important and recognized role of creatine in the brain is as a high-energy phosphate receptor in the reaction catalyzed by creatine kinase to maintain energy availability from ATP re-synthesis ( Rae & Bröer, 2015). The brain is an organ that consumes a lot of energy-consuming about 20% of the energy metabolism at rest in adults, although it represents only 2% of body mass.

The brain has evolved to conserve energy with a complex self-regulatory mechanism by which its metabolism rapidly increases when an area of ​​the brain is activated (Rae & Bröer, 2015). Unlike skeletal muscle, the brain can synthesize creatine and it seems that its levels would not be totally dependent on endogenous production from other organs such as (liver, kidneys or pancreas) or from dietary intake. Therefore, the impact of a low creatine intake as occurs in people who follow a vegan diet would not be as important at the brain level as that seen at the skeletal muscle level (Dolan et al., 2019).

Although muscle creatine concentrations decrease with advancing age, it appears that a sedentary lifestyle would have an even greater impact on reducing muscle creatine levels. Similarly, although brain creatine may decrease with age, the reduction in its levels in the brain as you age is related to low brain activity or the occurrence of pathologies (Dolan et al., 2019).

Recent research in humans has reported increases in brain creatine levels from 6 to 10% after consuming high doses of creatine per day: 20 g per day for 7 days taking 4 doses of 5 g, one every 4 h (Turner, Byblow, & Gant, 2015; Turner, Russell, & Gant, 2015). Although the increase in brain creatine concentrations is comparatively less than that observed in skeletal muscle (~ 10% vs. 20%), this increase has recently been associated with improvements in cognitive ability.

The benefits of higher levels of brain creatine improve the ability to counteract the detrimental effects of adenosine release that occur during long-term (~ 90 min) and complex physical activities, such as sports games (Van Cutsem et al., 2020).

In summary, in addition to the benefits to maximize the results of training in athletes, a creatine loading protocol (Example, 20 g per day consuming 4 doses of 5 g every 4-hr) can increase brain creatine concentrations mainly in situations where there is an initial depression of its levels (mental fatigue or creatine deficiencies), improving cognitive capacity, particularly in long-term activity (~ 90 min) that involve performing complex actions in stressful situations (competitions, sleep deprivation, or students in an exam situation, etc).

From a practical point of view, people who must make important decisions in stressful situations, characterized by lack of sleep or accumulated fatigue, could benefit from the effects of creatine supplementation to improve cognitive capacity and delay mental fatigue (Dolan et al. al., 2022).

What is creatine monohydrate?

Other forms of creatine

Apart from creatine monohydrate and certain related salts such as creatine citrate or creatine pyruvate, which demonstrate improved solubility, there are also other forms of creatine. However, these have not been as thoroughly investigated and are not allowed in many countries. They are also usually more expensive than the monohydrate form.

There is no scientific evidence to suggest that the new creatine compounds are more effective than creatine monohydrates. In some cases, efficacy also deteriorates over time because the nucleus of the creatine molecule has been altered in such a way that the newly formed compound behaves differently and sometimes inexplicably in the body. An example of this is creatine ethyl ester (CEE). Although creatine monohydrate is almost completely absorbed in the body

What is creatine monohydrate used for?

Why is creatine monohydrate bad for you?

Creatine is the number-one sports performance supplement available. Yet despite its research-backed benefits, some people avoid creatine because they’re afraid it’s bad for health. Some claim it causes weight gain, cramping, and digestive, liver, or kidney problems.