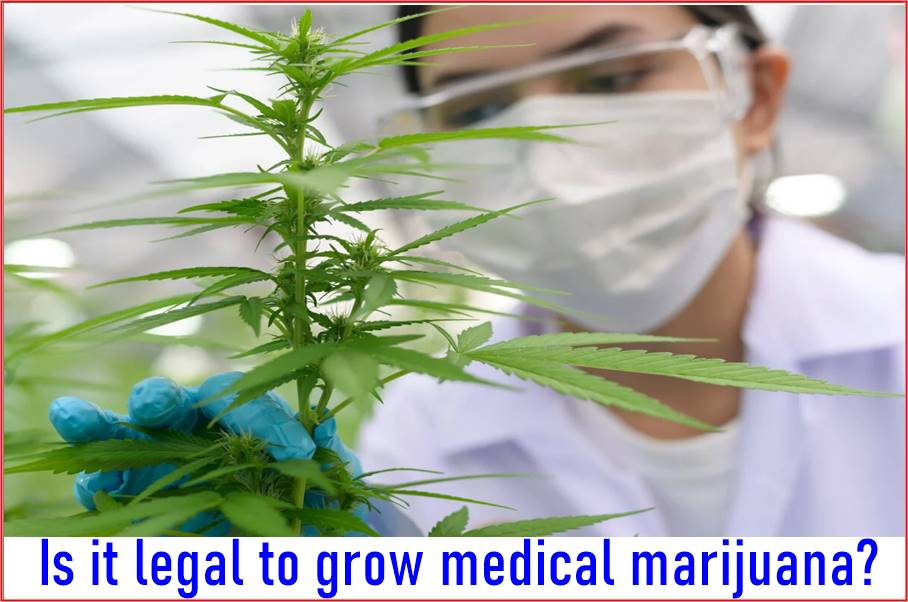 The concept of possessing, using, and cultivating marijuana for both medical and recreational use in the United States is very dicey as a result of its legal complexities. The reason for this complicated situation can be traced to the inconsistency which exists between federal laws and state legislation and also the different conditions contained in the regulation of each state concerning cannabis usage, possession, and cultivation.

In the United States, Marijuana is conceived as a Schedule 1 drug by virtue of the Controlled Substances Act (CSA) signed into law on the 27th of October 1970. The classification of cannabis as a Schedule 1 drug stems from the view that Cannabis has high addictive tendencies with no accepted medical use.

Although this classification was meant to be a temporal one, this classification remains to this day despite several panel recommendations targeted at placing it in a less strict schedule owing to its medical benefits. Read on to find out more about cultivating cannabis in the United States.

What is Medical Marijuana?

It is important to note that the dearth of research and life studies on this matter is a result of the US Drug Enforcement Administration (DEA) classification of cannabis as a Schedule 1 drug like heroin, ecstasy, and LDA.

Currently, in the United States, the Federal Drug Administration (FDA) has only approved medical marijuana for treating two severe and uncommon forms of Epilepsy which are the Dravet Syndrome and Lennox Gastaut Syndrome.

Although some of the benefits of medical marijuana are still undergoing a series of experiments and verification, it has been reported to have helped alleviate and treat some chemotherapy symptoms like vomiting, chronic pain, and nausea. Some studies also suggest that it helps with muscle tightness.

Is it legal to grow Medical Marijuana?

One of the most frequently asked cannabis questions is am I legally permitted to grow cannabis? The answer to this question is a yes or no as the permissibility or otherwise of cannabis cultivation is dependent on your state’s cannabis regulations. The above question is often asked by growers who want to venture into the medical cannabis market or people who want to home-grow their cannabis plant to save a few bucks.

One parameter to determine if growing medical marijuana is allowed in your state is to make inquiries about whether the recreational grooming of cannabis is permitted. If it is permitted, then you can grow your cannabis plants for medical use.

Although a good number of state laws allow the grooming of medical marijuana, these laws are subject to some conditions that must be satisfied by the grower to prevent prosecution. These conditions include but are not limited to age, average distance of the nearest dispensary from the grower’s house of residence, number of plants to be grown, and possession of a valid MMJ license from the appropriate regulatory authorities.

For ease, we would list the states that permit the growing of medical marijuana and states who legislate against the cultivation of medical cannabis.

States that allow you to grow your cannabis for medical purposes

Most states require you to be a licensed caregiver or patient with a medical card before you can cultivate medical marijuana. For caregivers, a fixed number of plants that they must not exceed is usually ascribed to them per patient. In Michigan for instance, caregivers are allotted a maximum of 12 plants per patient. Hence, if a caregiver has 8 patients he is currently treating he would be allowed to grow 96 plants in his residence.

Amongst all the states, Nevada is particularly noted for its convenience-based regulations. That is the cultivation of medical marijuana is highly dependent on the particular circumstances of the grower. According to Nevadan cannabis laws, a person is allowed to grow their medical cannabis if they are 25 miles away or more from a licensed dispensary or if the patient can’t travel to a dispensary. Also in cases of unavailability of the strain or dosage needed to treat the patient, the patient can cultivate their MMJ.

According to Highway420, despite the slight yet intricate variations which exist in the laws of different states, some recurring conditions are the minimum age limit of 21 and the possession of a valid license authorizing the cultivation of MMJ.

It is important to note that planting medical marijuana in states like Alabama, Georgia, Idaho, Tennessee, Texas, and Indiana is highly prohibited. Hence if you are considering growing marijuana stealthily in such states, you should nip such plans in the bud. Other states that do not permit the cultivation of medical marijuana include Kansas, Kentucky, Wisconsin North Carolina, and South Carolina.

It is advisable for every person who wants to grow medical cannabis in a state to be familiar with the intricacies of the laws. This is because often, most people forget the little yet vital parts of a law which when omitted attracts sanctions. For instance, Illinois laws require you to be a medical patient to be able to cultivate only a maximum of 5 plants. Going above this threshold is regarded as a felony which is punishable with a prison sentence ranging from 1-15 years depending on the amounts of plants grown.

Student Business: 5 Services That Can Help You Out