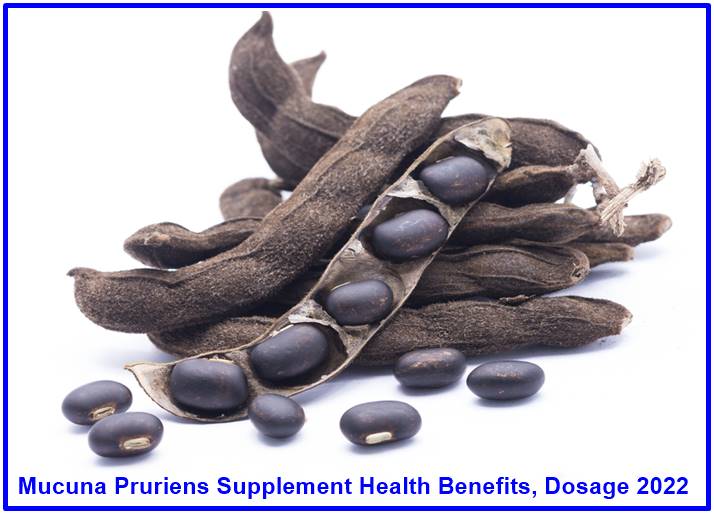 What is Mucuna Pruriens?

MP also referred to as the velvet bean, is a legume that grows in tropical and subtropical areas across the world including Africa, Asia, the Caribbean, and the Pacific Islands. Although the beans can be used as a source of food after they are boiled, MP is also a medicinal plant, used for millennia in traditional Ayurvedic Indian medicine, for a variety of conditions. MP has been investigated for its anti-diabetic, anti-microbial, anti-oxidant, anti-epileptic, and anti-depressant properties, to name a few.

Because it contains 6-9% levodopa by weight, however, one of its main medicinal uses is to counteract parkinsonian symptoms. It is important however to understand more about this potential remedy – including its shortcomings – before jumping on the AMP bandwagon.

In 2004, a study was conducted comparing the efficacy of MP with the standard medication used in PD, carbidopa/levodopa (C/L). Eight patients were given one dose of an MP preparation or C/L in a blinded fashion (neither the patient nor the physician knew whether MP or C/L was given) and then tested four hours after ingestion. MP acted more quickly and lasted longer than C/L without worsening dyskinesias. A 2017 study also compared various single-dose preparations of MP vs. C/L given blindly and determined that MP had a quicker onset of action, lasted longer, and caused fewer dyskinesias.

However, when MP was given for longer periods of time as opposed to in single doses, the results were not as positive. In 2018, a study was conducted in which 14 patients were given MP powder (obtained from roasted MP seeds) for eight weeks and then carbidopa/levodopa for eight weeks. Seven of the patients discontinued MP, four for gastrointestinal side effects, and three for worsening of motor symptoms.

For the seven who remained on treatment, the efficacy of MP was the same as C/L. Nobody discontinued during the C/L phase. Although the study showed that MP can be effective in reducing PD symptoms, it drew attention to the need for additional research into the optimal MP formulation and dose to allow for greater tolerability when taken continually.

H3: The difference between mucuna Pruriens and carbidopa levodopa

The study highlighted a very important difference between MP and C/L, which is that C/L contains carbidopa. As discussed in a prior blog, the carbidopa in the C/L tablet acts to inhibit the enzyme that breaks down levodopa. Without carbidopa, more levodopa is needed to be ingested to get the same clinical effect, since more is broken down in the body before it gets a chance to make it into the brain. If more levodopa needs to be ingested, then it can cause more side effects of nausea and gastrointestinal upset. With the addition of carbidopa, a smaller dose of levodopa can be effective in treating motor symptoms with fewer side effects.

This begs the question – what if MP were to be given with carbidopa? Would this allow it to be better tolerated? A case report was recently published in which a 48-year-old woman with PD experienced a significant improvement in her symptoms when carbidopa was added to the MP dose that she was taking. More research needs to be done to see if this is a strategy that can be used more widely.

Are there any other benefits of MP?

There is some research in animal and cell models that MP may contain other ingredients besides levodopa which have anti-oxidant properties or other neuroprotective effects. More research is necessary to determine if this is clinically meaningful for people with PD.

It must be noted that there are parts of the world in which carbidopa/levodopa tablets are not available or are unaffordable. In these areas, increasing access to levodopa from plant sources may be very beneficial for the PD population.

How can a person with PD get a supply of MP and what is a typical dose?

Powders and pills of multiple brands of MP can be easily purchased at health food stores. However, there is no regulatory body that controls the standardization of the MP products to ensure that they do not contain impurities and that they contain a reliable and consistent amount of levodopa. There is also no standard dosage that is widely accepted and recommended for people with PD at this time.  Many people with PD have very exact levodopa requirements, so using a supply that does not have a reliable and predictable amount of levodopa can be very problematic.

As this discussion suggests, MP contains the same compound that is the medical mainstay of PD treatment. Therefore, for safety purposes, it has to be regarded like any other medication taken for PD, with an understanding of its efficacy, side effects, and potential interactions.

There are many other “natural” products that claim that they help PD. Many of these products make these claims without evidence, or with meager evidence, that they work. Calling a product “natural”, does not let a manufacturer off the hook for proving that the product works. All remedies derived from plants can and should be held to the same standards of proving their efficacy as any other treatment. This typically means that a clinical trial must be conducted to determine whether the treatment works and is safe to use

Do you have a question or issue that you would like Dr. Gilbert to explore?

Prolactin is a hormone produced in the pituitary gland. High, abnormal amounts of this hormone in your blood can lead to infertility, menopausal symptoms, decreased sex drive, and other side effects.

They took 180 males between the ages of 30-44 with high prolactin levels and had them supplement with mucuna Pruriens daily for 6 months. At the end of the study, the researchers discovered supplementation was associated with a 5-7% decrease in prolactin levels.

Another interesting benefit of mucuna Pruriens is its ability to restore levodopa, dopamine, norepinephrine, and serotonin in individuals with diseases of the brain. To read more about this click here.

First and foremost, make sure any mucuna Pruriens supplement you purchase is standardized for L-DOPA. Take 100-500mg daily to obtain the benefits listed above.

HOW LONG DOES IT TAKE TO WORK?

Mucuna Pruriens start working immediately after ingestion but reach peak levels in the blood after approximately 30 minutes. It should also be noted that it works better when taken daily.

For most people, Mucuna Pruriens is a safe supplement to take. However, there have been side effects in a small percentage of the population. These are:

If you have any underlying medical conditions you should consult your doctor before taking mucuna Pruriens.

WHO SHOULD NOT TAKE IT?

The following people should not take a mucuna Pruriens supplement

People of the following drugs should not take mucuna Pruriens without first consulting their doctor.

Prebiotic Nutritional Supplements health According to a Dietitian 2022

How Long Does it Take for Turmeric to Really Work 2022